You got your foot in the door. The VP of Marketing at a Fortune 500 company liked your proposal and has invited you in to pitch.

The pressure is on. Winning this contract could be a game-changer. The question is, how do you convince Mr. Fortune 500 that your agency is his best option, especially when he’s used to working with partners who have a more extensive track record?

Recently, George Sanchez decided to find the answer to this question. Over a few months, Sanchez interviewed eight former CMOs from Fortune 500 brands. It was an exercise in primary research that Sanchez hoped would validate the hypothesis behind his company. Sanchez is the founder of 49co:, a business development engine which represents a collective of specialized independent agencies, so these questions are key to his work: are big brands open to working with smaller firms? If so, what considerations do they make during the procurement process?

What follows are four major recommendations for growing agencies who want to bat in the big leagues, alongside the direct responses CMOs gave on those very topics. After you've reviewed their answers, learn how to seal the deal with a winning proposal.

The responses in this post were provided as part of a private research project. To respect the privacy of the CMOs involved, we’ve redacted their names and any personally identifiable information. 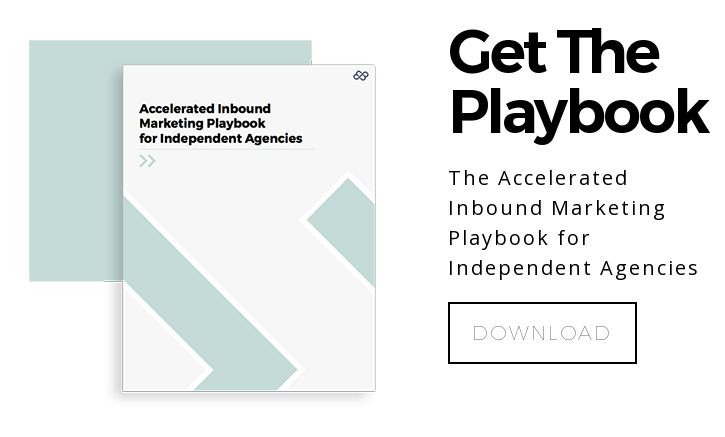 Sell against talent, not size. Hiring a big agency means paying for overhead.

"I would go with the agency that I thought had the best skill set and motivation to do the type and quality of work that I think needs to be done. I wouldn’t care, if I really saw tremendous talent, if it’s a three-person firm breaking away from a large agency or a really well-known group, I would go with them in a heartbeat."

"I’m very open to working with the mid-sized or even the smaller agencies depending on the situation. So for example, when we were working on [millennial food brand], we wanted to do some PR work, so we brought in the global marketing group and they brought in [big name PR company]. They came in and generated a $500,000 proposal for what we thought was $75,000. It was unbelievable. They came to one meeting and they charged us twenty, thirty, forty grand and we said, 'No, we’re not going to pay that. We never agreed to pay that when you came. You need to get our authorization if you’re going to charge us twenty grand.'"

"Obviously a lot of agencies are going through major consolidation to the big players and there’s two variables. As the big players pick up some mid-sized and larger companies, some of the talent didn’t like working for the larger multi-billion dollar conglomerates and left, and two, then you had this overhead structure that made you feel like, now [my company] is working with a corporation that is bigger than me."

Justify your ROI and ability to create value.

"Pitch something that would show ROI. That’s a huge thing because the clients don’t even know how to calculate that internally. They struggle with it. With any pitch type of RFP… if you can have any idea what the ROI is, that would be legs up compared to the competition because that report, RFP, will be going to the finance person and finance is probably the most powerful organization in that company."

"I think there’s a way to change the conversation. I believe procurement, as a function, wants to be able to demonstrate how they help create value. So you want to change the conversation from cost cutting to value creation. So instead of immediately going to a price tag, talk more about the value that we’re offering, putting this type of quality work, quality thinking, you’re able to get more value and greater return for your investment because it costs a lot more to have to do something over. I’d rather be right the first time than have to spend double to have to fix it and do it a second or third time because we didn’t pick the right person. So it’s about value and getting it right and putting the quality thinking there at the upfront."

"I’ve been on those [failed] projects and you end up spending hundreds of thousands of dollars to fix those mess-ups. I think it would be interesting if you had the data, had some of these examples, whether anecdotal or empirical data that could show how, here, look. These are examples where XYZ company had to go through several rounds of iterations as well as different agencies to be able to change their packaging in the cost of several hundreds of thousands of dollars as opposed to just at the upfront maybe paying a little bit more for more value. They could have actually saved themselves money. So it’s about value creation and how ultimately, in the long run, you’re saving money for the company."

Be transparent about how your creative process relates to your cost structure.

"I think the other thing you want to do is, as part of your contract, you’d would want to have what we in procurement call a Statement of Work. And a Statement of Work would get back into what specifications you have. What are the deliverables going to be? The deliverables is the key and, again, in the case of creative, what the process that they’re going to use. Having that information readily available, that will become part of your contract."

"Transparency is what procurement people are all about. What we’re constantly looking for is what’s kind of being hidden. And then what happens is procurement teams have historically said, 'I really want to understand your cost model on your creative people, your account reps, your insights,' whatever it may be. Agencies resist that because they don’t want to get into it. So the simplest way, you get to a blended hourly cost for the services of that agency and I’ll make it up, say $150 an hour. The fallacy with that whole model is that it has no concept of how much time it really should take to do the work and the problem is that from a procurement organization, they only have two choices. They are either working with someone like you to do this job, I’ll call it a naming project, it’s either going to cost a fee of X thousands of dollars or it’s going to cost X per hour with an estimate of the number of hours. The challenge is that generally you as the agency would not know the amount of time that it’s going to take you. The insights might come in the first hour or it might to take weeks. So there’s no perfect model to cost the services."

"The bridge somehow has to be, [we the agency] are bringing you the best talent, we’re not going to settle until we get the best quality whatever it is, but we are not a commodity. We are reliant on creative juices. We have to make sure we are compensated for this fairly, that our team gets there as efficiently as they can and as fast as they can. [We the agency] are not going to give [our creatives] a three-hour limit and then they stop. And whatever ideas they have at the end of three hours, they’re done, and that’s what we present to you. Somehow you have to make [the potential client] understand that you know they’re after what’s fair but you need to acknowledge that things may go at a different pace."

Prove you can be nimble.

"The [huge telecom company] that I was with had 35+ agencies of record. The smaller agencies are definitely more nimble. Their cost structure is more appropriate. I’ve gotten specific examples of smaller agencies where I can pick up the phone on a Friday night at the end of the week when a meeting or a comment came out and I could ask for something and it could be as late as 7:00, 8:00, 9:00 on the east coast, I could ask for something and they would go to work over the weekend, fly out on a red eye on Sunday night and be presenting Monday morning. And a small agency can do that. A large agency just like a large company typically can’t move as quickly and yet there are benefits to having the smaller agencies in your stable for that reason."