How 7 Companies Are Killing It With Branded Podcasts 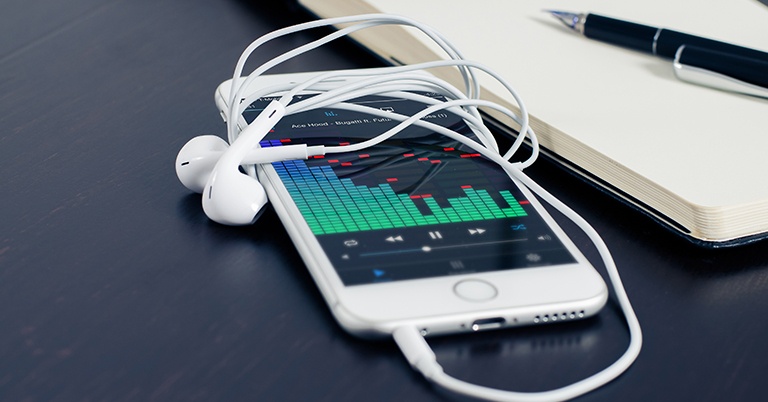 What’s old is new again in marketing. Nowhere is this more true than with radio and podcasts. Radio, which made waves (pun intended) in the early 20th century, has seen a resurgence in popularity thanks to its next-generation reincarnation known as podcasts. Podcasts, those audio and radio shows you can download to your smartphone, are on everyone’s minds these days, and for good reason. Approximately 98 million Americans are listening to podcasts every year and 56 million Americans listen to podcasts every month, according to the latest Edison Research study. In fact, the current podcasting boom has been heralded as the golden age of podcasts.

Brands are no strangers to podcasts. Frequently, the involvement is limited to sponsorship of the podcast by the brand; you'll hear one or more ads from them during the show. But brands are also starting to produce their own podcasts. Here are five you should know about.

It’s not surprising that Slack, the office chat platform, has seen outstanding growth due to word-of-mouth in both Silicon Valley and American workforces. According to Slack, the platform has grown to 3 million daily active users and 930,000 paid seats in a little more than 3 years. It goes to reason, then, that the Slack Variety Pack podcast is growing by word-of-mouth too.

Launched in spring 2015, the Slack Variety Pack is among the gold standards in branded podcasts precisely because of how well they understand their audience. You know the Slack type: tech-savvy, young, curious, light-hearted. In 20 to 40 minute episodes, the podcast series covers “work, life, and everything in between” in self-contained stories and work-life anecdotes with Slack’s signature quirky and curious sensibility.

Before it wrapped in May 2016, Slack Variety Pack’s listenership grew with nearly every episode, according to Bill Macaitis, the Chief Marketing Officer at Slack. We anticipate that its next venture into podcasts, which launches in fall 2016, will be no different.

How does a science innovation brand make noise in the podcast marketplace? By turning to fictional narrative. At least, that’s what General Electric did with The Message, an eight-part science fiction podcast series. The story, written by playwright Mac Rogers, follows a group of cryptographers investigating mysterious transmissions on a pop-science show. It’s Orson Welles’s radio drama The War of the Worlds meets Serial meets a horror film.

A co-production between the Panoply podcast network and GE Podcast Theater, The Message has received millions of downloads; it even reached number one on the iTunes podcast charts. GE credits the series’ success to being a unique offering: unlike most other podcasts, branded or otherwise, The Message is fiction.

Andy Goldberg, chief creative officer at GE, told Nieman Lab, “I don’t consider it advertising. It’s a podcast show that just happens to be produced by a brand instead of a network. I’m not saying, ‘Hey, go out and buy a jet engine.’ It’s a science fiction story to connect listeners with what the GE brand is about, without selling the GE brand.”

“Thank God it’s Monday” isn’t a phrase uttered frequently in American workplaces—except if you’re the entrepreneur in charge. Well, that’s what Shopify is banking on with their new podcast, Thank God It’s Monday (or TGIM). Shopify calls it the podcast for people who can’t wait for the week to start; the shows aim to inspire Shopify’s audience of innovators by telling success stories of like-minded entrepreneurs. Packaged in 30 to 45 minute themed episodes, TGIM interviews a number of high-powered businessmen and women— including marketing guru Seth Godin, serial startup entrepreneur Gary Vaynerchuk, and Hootsuite CEO Ryan Holmes—about what works and what doesn’t in entrepreneurial life.

Mark Macdonald, Shopify’s content marketing manager, prefers audio content over traditional advertising routes to lure new business in. “We would much rather be the content than the advertising … by creating something that people want to consume, rather than interrupting with something they want to ignore,” Macdonald told The Globe and Mail.

With a mix of pop culture, optimism, and drive, Shopify hopes that TGIM will reach reach ambitious entrepreneurs early in their careers rather than later. In the best case scenario, these entrepreneurs will become familiar with the podcast and brand and, when the time comes, will use Shopify for their e-commerce needs.

Umpqua Bank is not your parents’ bank. The Oregon-based company likes to call itself “the West Coast’s largest, and most unconventional, community bank.” It’s a bank for millennials that hypes up its understanding of the misunderstood generation’s plights through poetry ads, traveling art exhibits and, of course, podcasts.

Umpqua Bank’s podcast series, Open Account, wants to talk about one of American culture’s biggest taboos: money. From financial struggles to successes, Open Account hopes to be the Planet Money of the branded podcast community with its frank chats about “making, losing, and living with money.”

Former MTV News correspondent SuChin Park hosts the podcast, seeking to encourage honesty in our daily conversations (and silences) about money with a variety of guests. It all comes back to Umpqua Bank’s strain of unconventionality, and the belief that a bank—in an industry notorious for not understanding millennials—ought to create a podcast that is as thoughtful and unconventional as its brand.

What’s the hardest thing about business? Not going out of business. That is what The Distance, an audio off-shoot of Basecamp’s online magazine The Distance, concerns itself with. The Distance’s mission is to unlock the secret of longevity in business. In many ways, it’s more interested in what’s old in business rather than the latest startup or trend. But it’s what every startup and entrepreneur needs to know.

In 15 minute episodes, The Distance keeps its content short and sweet while discussing the opposite: small businesses and mom-and-pop shops that have been around for at least 25 years. And diverse subject matter, too! From the world’s largest laundromat to tiki bars to florists, there’s no shortage of business models discussed, or powerful business ideas ideas, in this niche yet humanistic series.

Retail giant Sephora carries countless lipstick products in its stores, and only the makeup-savvy can tell you what really sets one apart from another. So when Sephora recently launched a lipstick line under the Sephora Collection brand, called #Lipstories (the hashtag is part of the brand name), it launched a multi-channel campaign to promote the line, which Sephora calls "lipstick for real life." One arm of that campaign is a new branded podcast of the same name. And there's some savvy branding going on here; #LIPSTORIES the podcast tells real "stories from everyday lives" of "influential female founders, creators and thought leaders." While the podcast is new, with 6 episodes of about 20 minutes each posted within the 3 weeks prior to this writing, #LIPSTORIES has a 5-star rating on iTunes already.

RISE AND GRIND with Daymond John (by ZipRecruiter)

If you've listened to any podcast on virtually any subject lately, you've probably heard a 30-second ad from ZipRecruiter. And now, the prolific advertisers have become the producers. The job-search site has partnered with Shark Tank's Daymond John on a series focused on "hustle" and the pursuit of success in business. Every other episode is in an interview format, showcasing 30-40 minute conversations with influencers like Gary Vaynerchuk, Wendy Williams, and Tyler the Creator; in between the interview episodes are "Motivational Minute" mini-episodes featuring just Daymond John. It will be interesting to see how ZipRecruiter handles the promotion of its original podcast, which launched in January 2018, alongside and in concert with its ubiquitous messaging on so many other podcasts.